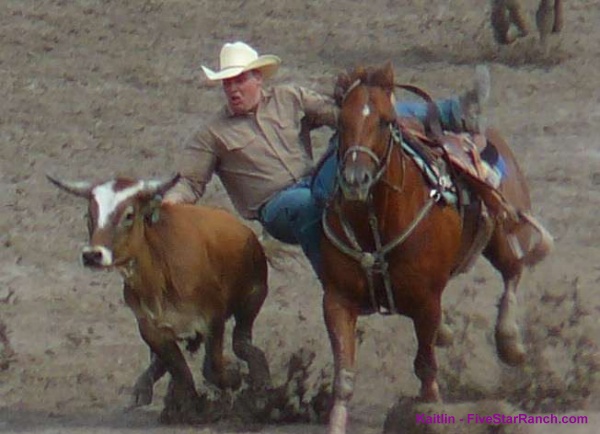 Imagine jumping off a perfectly good horse while its running in a full gallop onto a steer with horns so you can wrestle it to the ground. No one said it was sane, but this is all part of the action at Cheyenne’s Frontier Days Rodeo.

Cheyenne Frontier Days is a cultural experience and a step back into time. Its the Old West complete with nightly rodeos, bull riding, Indian villages, and real live cowboys and cowgirls. But its much more than “just another rodeo.” Frontier Days is also an entertainment event offering such big names as Rascal Flatts, Taylor Swift, The Guess Who, Firefall and the Atlanta Rhythm Section. Check out the official Cheyenne Frontier Days site for the event schedule and more information. 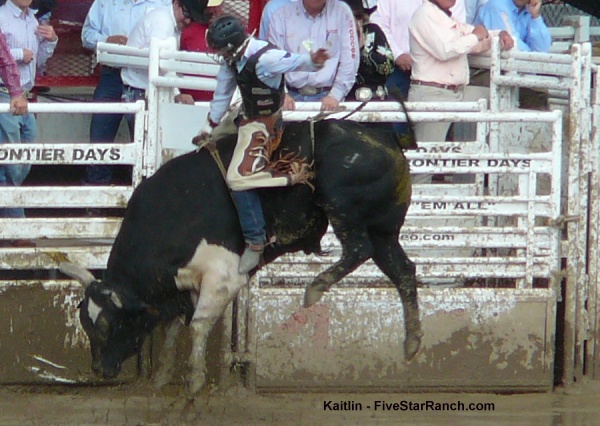 One of the most popular events in the rodeo is the bull riding. When we were teenagers, my brother broke his leg in a couple places bull riding, so I’ve always had a healthy respect for the sport. When you think about it, its a pretty crazy sport. You crawl on a huge (2000 pound) angry bull who wants to kill you. The rider hangs on with one hand and gets more points if the bull is extra wild. Half of the bull riding score is on the cowboy’s skill in moving with the bull. The other part of the score is based on the bull and how hard he is to ride. There are 100 points possible, so the highest score wins.

I have to say I am happy to see some of the cowboys wearing protective gear. You have to admire the skill and courage of the cowboys, but you also have to question their sanity. 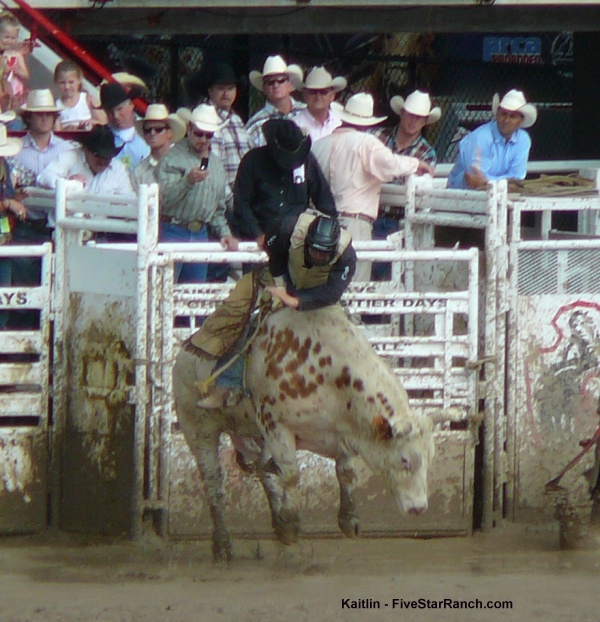 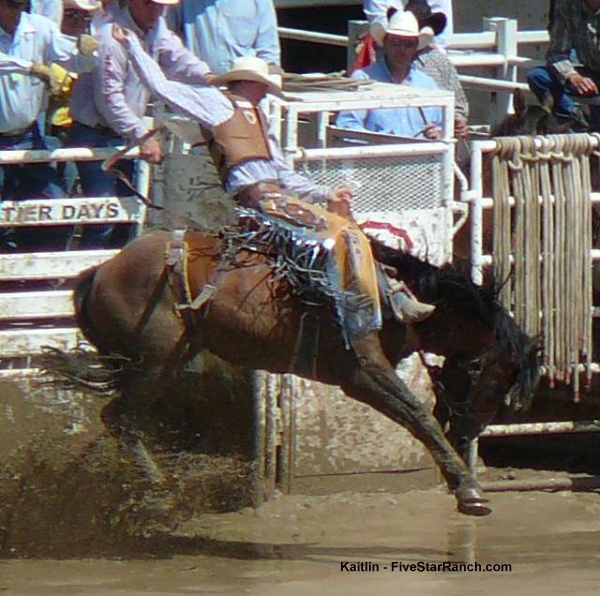 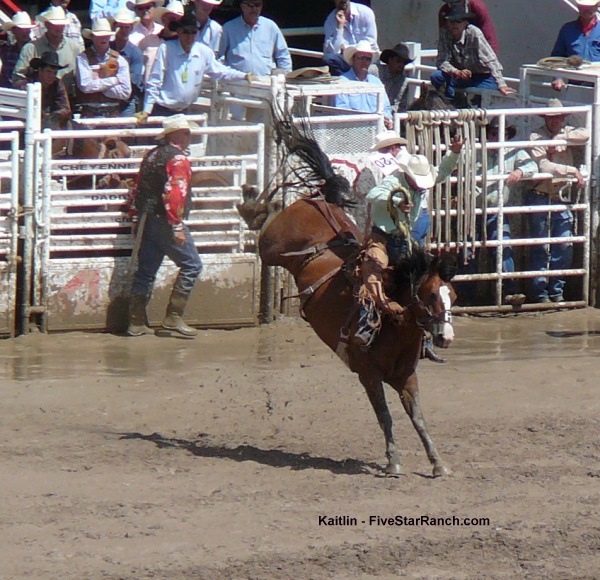 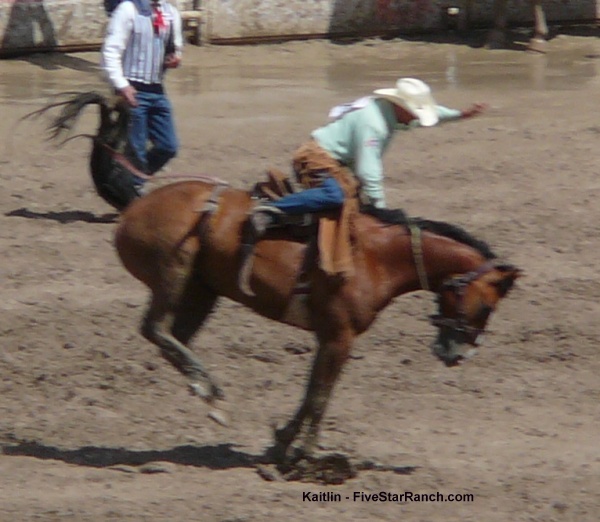 This is a rough sport by any account. The cowboy leaps onto a running steer and wrestles it to the ground. As you can imagine, the cowboy needs to be strong and good-sized to man-handle a steer. 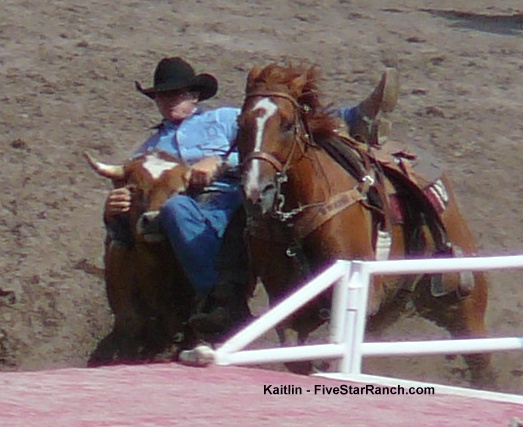 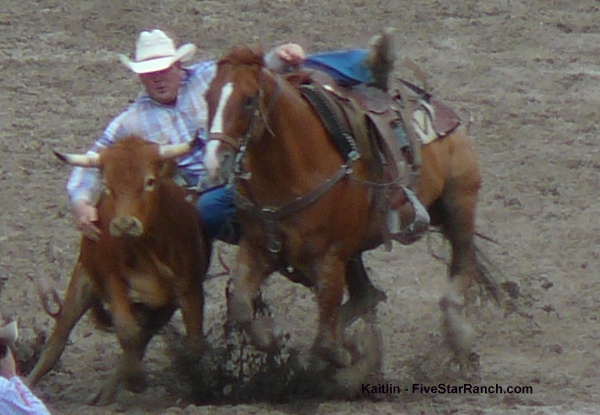 I enjoyed visiting the Indian village and watching some of the ceremonial dances. It was also educational listening to the indian storytellers and cultural talks. There are also a number of shops where you can buy indian jewelry and crafts. 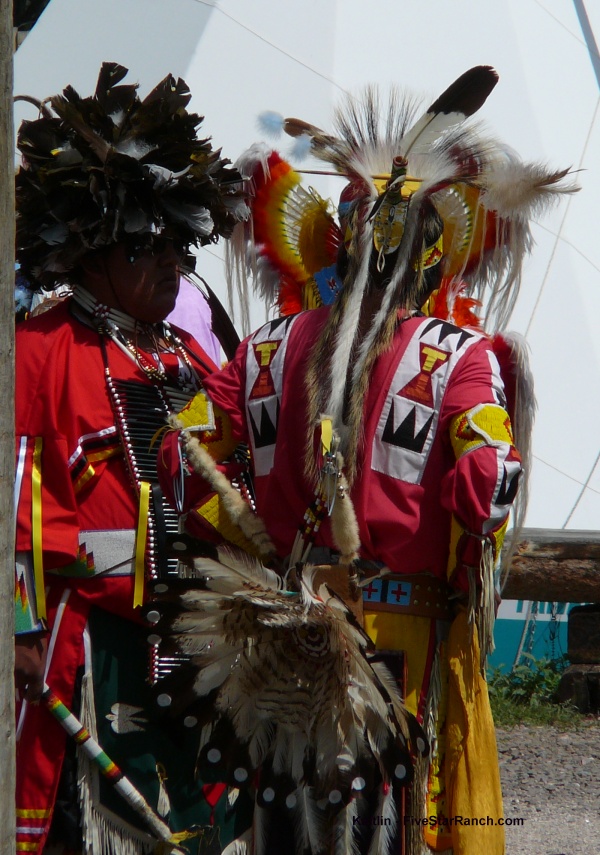 The indian ceremonial clothing was colorful and elaborately decorated with feathers. 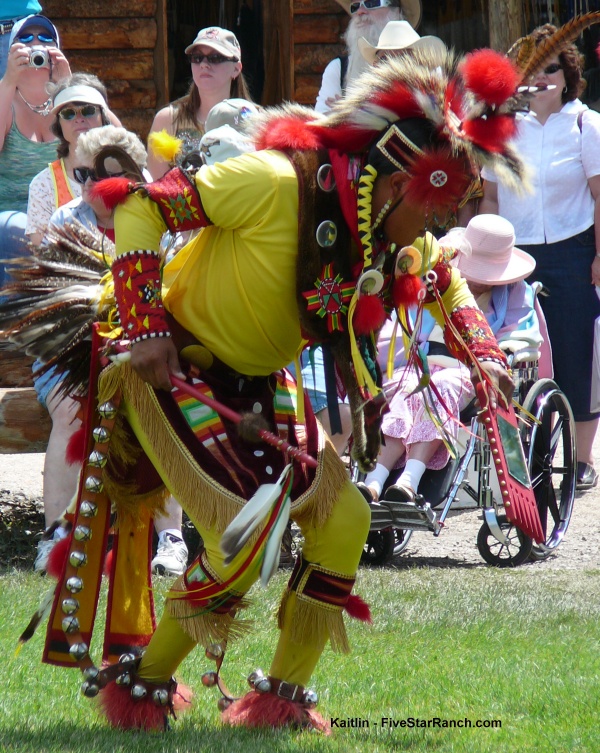 While you’re looking at the photos, also take note of the people on horseback and on foot in the arena. They are there to help the cowboys out when they fall or if they get hurt. These people and horses put themselves in harm’s way to protect and draw the angry bull or bronc away from the downed cowboy. Many a bull rider credits his life to the quick thinking actions of a rodeo clown. 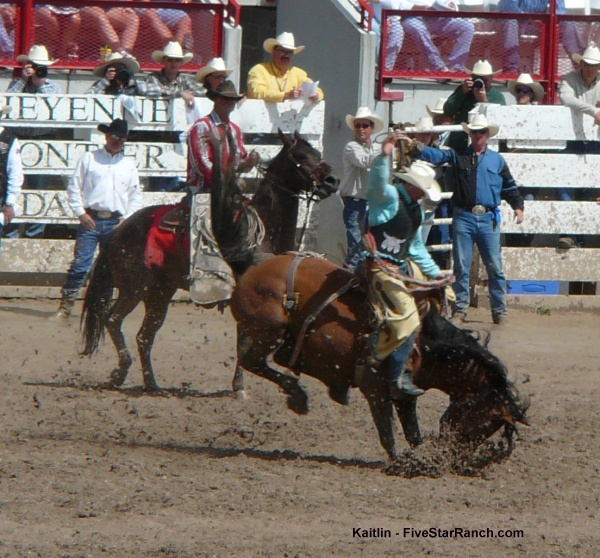 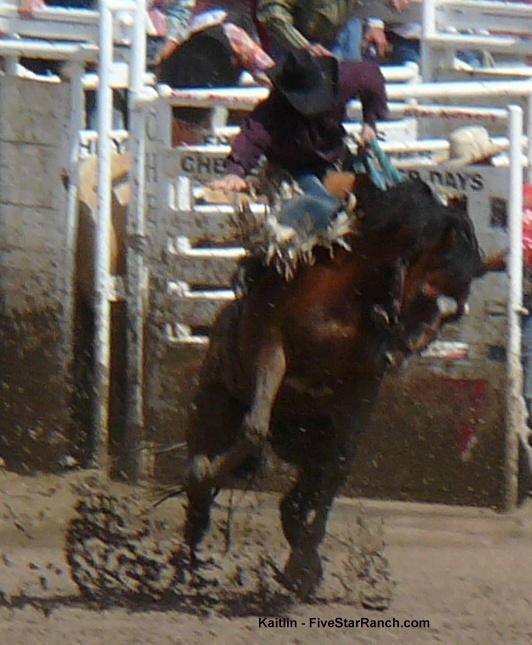 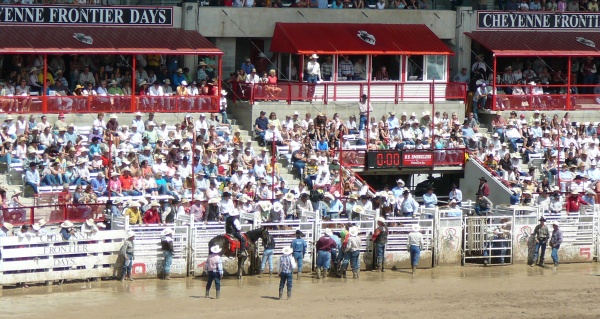 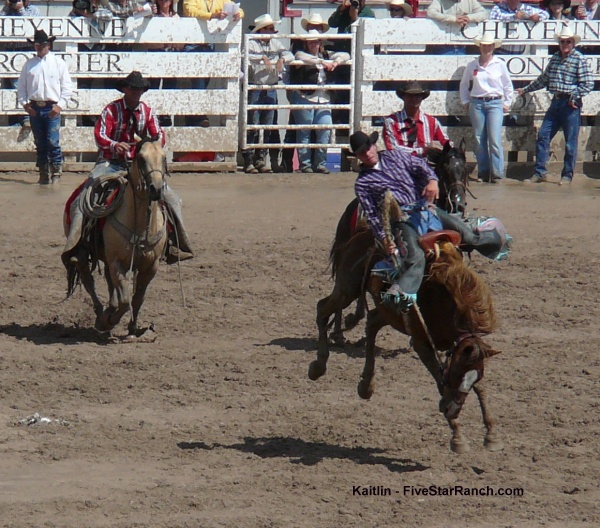 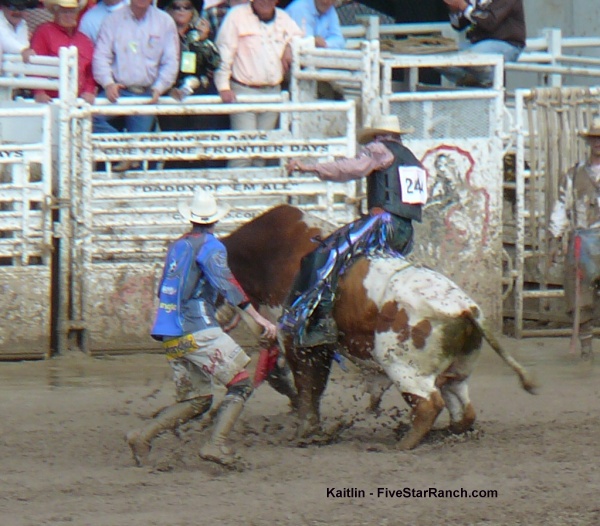 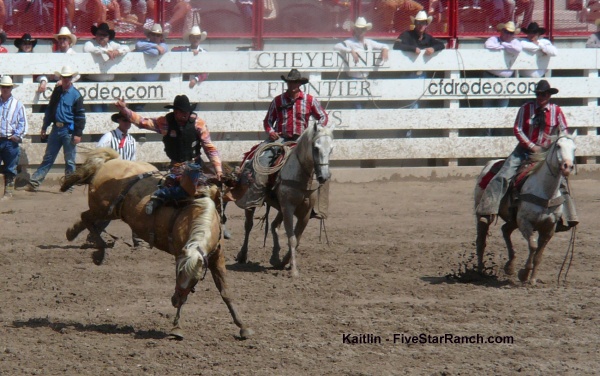 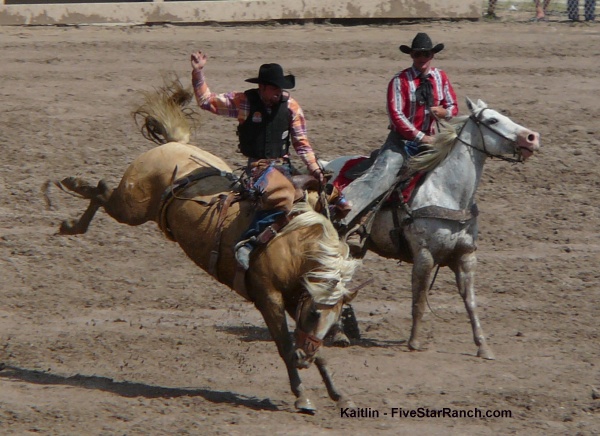 In the bronc riding event, you’ll see the helpers on horseback ride up next to the thrashing bronc so that the cowboy can jump onto the helper’s horse for a graceful dismount.

If you’re interested in reprints or using any of these photos or others that we have, please contact us at Feedback at fivestarranch.com.