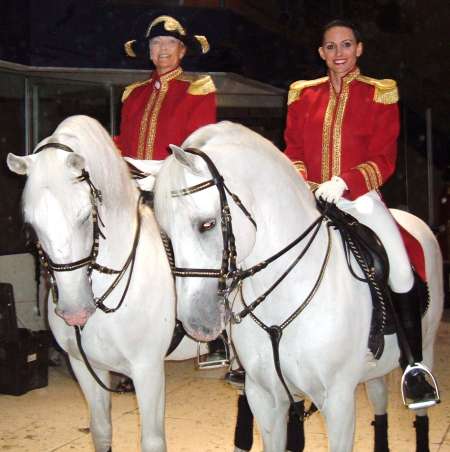 Most of us are familiar with the famous Lipizzaner stallions – the amazing dancing white horses that perform classical dressage movements. Growing up in a military family I was raised on the story of how George S. Patton, an equestrian and US General helped rescue the Lipizzaners from certain slaughter during World War II by putting them under the protection of the United States.

you need to grab a bag of popcorn and curl up on the couch to watch this movie legend. It’s classic old time Disney, but if you’re a horse lover you’ll appreciate the dancing horses. The movie has a happy ending, but its a bit sobering to see how close the world came to losing this amazing horse breed during the war.

I have seen the Lipizzaners perform several times in my life and always left the show inspired and in awe of the communication between horse and rider. It doesn’t matter what horse discipline you are into, if you’re into horses, you can’t help but be in awe of these talented animals.

I recently learned that the “World Famous Lipizzaner Stallions” are on their 38th Anniversary Tour this year when my dressage instructor and friend of several years excitedly announced that she was joining the show. My dressage instructor and friend, Joan Myrthue is an accomplished Grand Prix level rider. I’m excited for her getting to ride and work with these amazing animals. 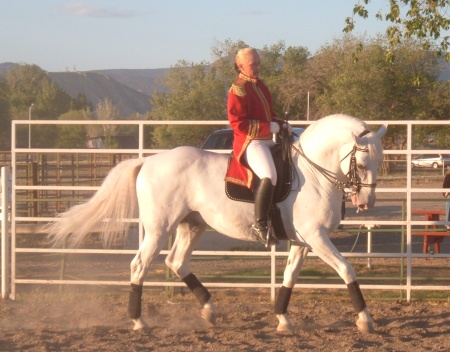 Joan,at left, has been traveling the US with the Lipizzan Show. 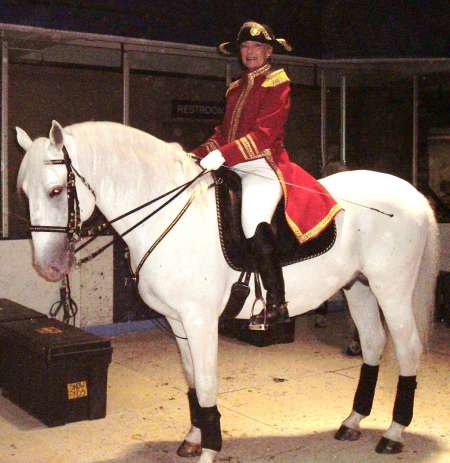 My friend Joan grew up in Denmark and horses were her first love. When my daughter started riding six years ago, Joan was one of her first instructors. Joan would put my daughter on a longe line and have her ride without stirrups, reins, and sometimes even sans saddle. I think it was this early training under Joan that helped my daughter develop the strong seat and balance she has today on a horse.

My daughter told me recently that the thing she remembers most about her lessons with Joan was that at the end of the lesson, Joan would let her kneel and stand on the horses back with her arms stretched out like an angel or acrobat. Joan was definitely not your typical dressage instructor – she made riding fun.

Below are a few other pictures and videos that show views of the Lipizzaner stallions. Enjoy. 🙂

Want more on Lipizzaners? Check below for some personal favorites including my all time favorite Lipizzaner movie, Miracle of the White Stallions.